Two out of three guide dogs and six out of 10 life boat launches are paid for by gifts in wills, and there seems to be a renewed interest in charitable giving.

An increasing number of our “better off” clients are asking themselves whether the right policy is always to pass as much wealth as possible to the next and following generations. Certainly most people would not want to condemn their family to poverty. However there is also an increasing view that passing down too much wealth can rob future generations of the incentive to make their own way in the world. In some circumstances inherited wealth can be a curse rather than a blessing.

This philosophy has given rise to an increasing trend towards charitable giving, or to give it its Victorian term (which appears to be back in vogue), philanthropy. Most people would rather see their money spent on causes they support and have chosen, rather than going into a general government “pot”. And of course charitable giving carries with it often generous tax incentives, e.g. 100% Inheritance Tax relief.

So if you are looking a bit further up the scale than giving a few pounds to Comic Relief or Children in Need, how do you go about it? There are really three choices:

This is the simplest form of charitable giving. Just make a large donation to your favourite charity. However most people do this without giving it much thought. They think they know what a particular charity does, but do they really? We now have a wonderful research tool to hand in the form of the Internet. Donors are able to looks at the websites of the charities they have in mind and check on current policies and projects. There are also a number of independent review bodies which publish reports on line. Most charities will be happy to accept large donations which are conditional on use for particular purposes within their general range.

If you intend committing a generous but not substantial sum to charity, you may consider putting the sum in the care of an intermediary charity such as the Charities Aid Foundation (CAF) or a local charity such as Quartet in the Bristol area. You can then direct the onward use of funds by a variety of methods ranging from the CAF “cheque book” account to a dedicated fund held under the umbrella of the intermediary charity and directed by the donor or chosen representatives. Intermediaries inevitably have to charge for their administrative work, but this is often more economical than setting up a bespoke charity.

Understandably, substantial donors often wish to set up the “Smith Family Charitable Trust”, and on many occasions that is the correct thing to do. However it must be understood that charities carry with them an administrative burden. Meetings must be held, records and accounts properly kept and annual returns to the Charity Commission made. All this takes time and costs money, the latter detracting from the amount of help which can actually be given to good causes. Donors should think very carefully before setting up bespoke charities, to ensure that they are not just creating an “administrative millstone”. For a bespoke charity to be worthwhile, its endowment should be substantial, six figures at least. Below that an intermediary charity solution may be preferable.

You can use your Will to make gifts to charity.

If you give 10% or more of the taxable part of the estate (i.e. after IHT exemptions) to charity, the tax rate on the remainder is reduced from 40% to 36%. Although this will not result in your other beneficiaries receiving more overall, it will at least reduce the rate of tax on that part they do receive. So if you are contemplating substantial gifts to charity in any event it is worth bearing this in mind.

At Gregg Latchams we can help you make the right choices about your philanthropic plans. We can help direct you to suitable intermediary charities, we can advise you on tax incentives and we can help you establish bespoke charities by lifetime trusts or by Will. 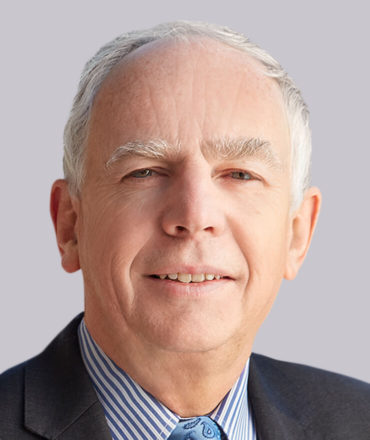