Home > News > When is it too late to make a claim against an ex-husband or wife?

When is it too late to make a claim against an ex-husband or wife?

When it comes to divorce, when is it too late to claim money from an ex partner?

That’s the question raised by the recent case where the Supreme Court gave Kathleen Wyatt the go-ahead to seek money from her ex-husband, Ecotricity boss Dale Vince, 30 years after breakup.

The couple met in 1981 when they were new age travellers. They married and had a child together, existing on state benefits. After they split up Wyatt, 55, raised their son alone, and Vince, 53, went on to found green energy company Ecotricity.

Wyatt now lives in Monmouth with few assets, is claiming £1.9m. Vince lives in a Georgian hill fort in Gloucestershire with his second wife. His business, which provides power from wind turbines, is said to be worth £57m.

The couple parted in 1983. Vince began travelling, initially in an old ambulance converted into a camper van. He later drove to Spain with a new partner in a 30-year-old fire engine. Vince and Wyatt were formally divorced in 1992. She subsequently had two more children from a later relationship.

Vince’s first experiments in wind power began at Glastonbury festival where he fixed a windmill to a pylon and charged mobile phone batteries. By 1996, with the help of a bank loan, he had set up a wind turbine on top of a hill at Nympsfield, in the Costswolds, and started generating what became a substantial income. Vince’s son with Wyatt now lives and works with him.

In a unanimous decision, five justices of the Supreme Court – the deputy president, Lady Hale, Lord Clarke, Lord Wilson, Lord Hughes and Lord Hodge – said the family court could not strike out Wyatt’s claim without a full consideration of the issues.

But the judges warned Wyatt she faces “formidable difficulties” in seeking to establish that any financial order should be made in her favour because of the long delay and the fact that the relationship lasted less than three years.

She may, the Supreme Court said, be able to rely on her much greater contribution to the upbringing of the couple’s children over many years, a factor which could justify a financial order for a comparatively modest sum.

Lord Wilson, giving judgment, said: “Even at this stage, one can say that, in the light of the negatives, an award approaching [the claimed £1.9 million] is out of the question. It is a dangerous fallacy … that the current law always requires rich men to meet the reasonable needs of their ex-wives.”

Responding to the Supreme Court decision, Wyatt’s lawyers, Mishcon de Reya, said: “We are pleased that the court has found in favour of our client Kath Wyatt and that her application can continue. We have always believed that our client has a strong case, and we welcome the clarity of this decision.”

Vince said: “I’m disappointed that the Supreme Court has decided not to bring this case to an end now, over 30 years since the relationship ended.

“We both moved on and started families of our own. For my part the passing of time is extremely prejudicial, it’s been so long that there are no records, no court has kept anything, and it’s hard to defend yourself in such circumstances – indeed the delay itself has enabled the claim, because there is no paperwork in existence.

“I feel that we all have a right to move on, and not be looking over our shoulders. This could signal open season for people who had brief relationships a quarter of a century ago … it’s mad in my opinion.” 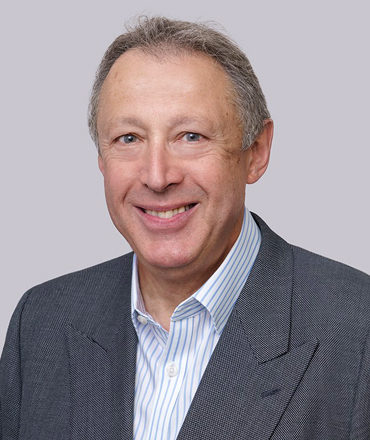